Entrepreneurship in Spain’s 4 most competitive regions 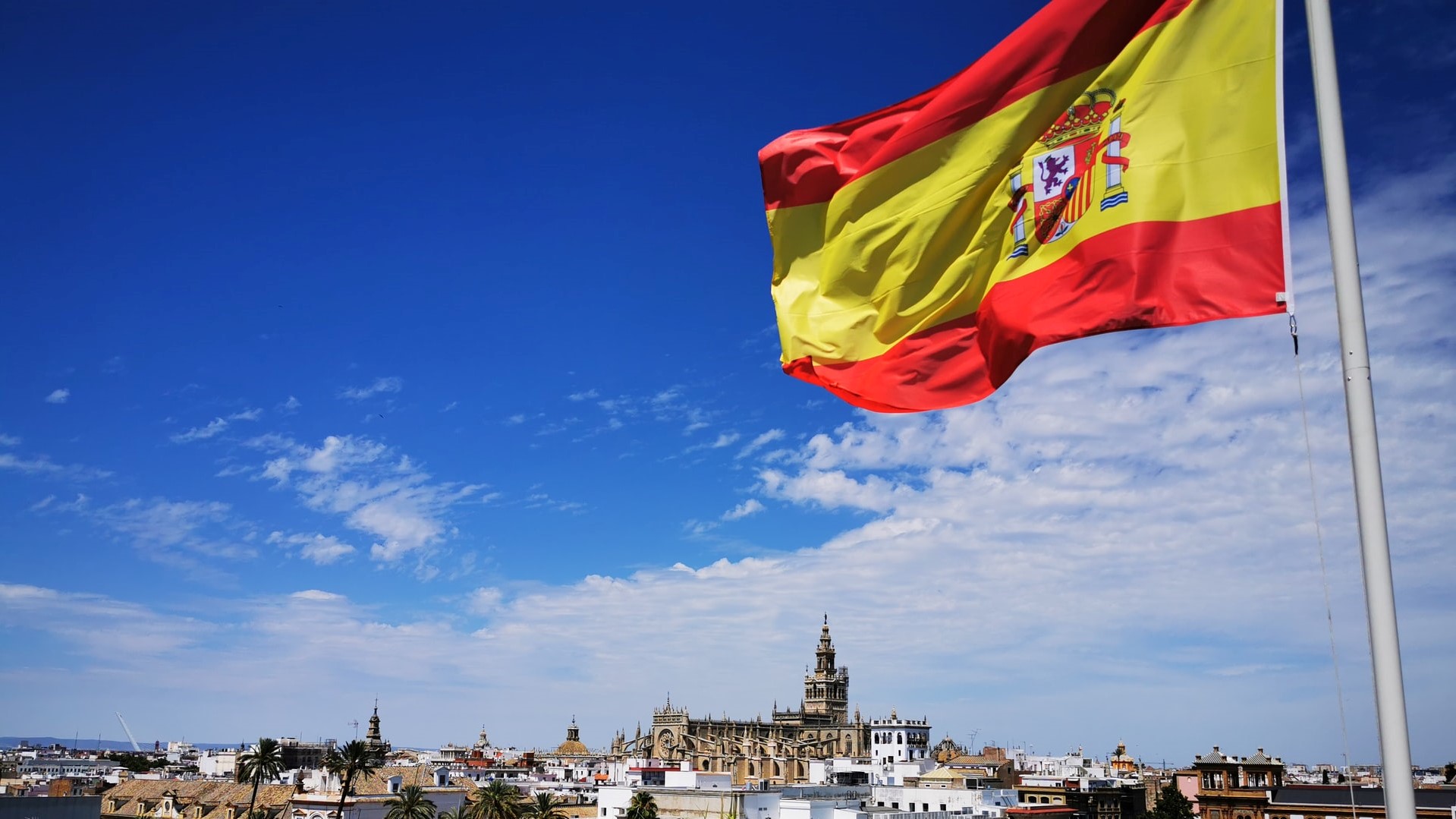 Whenever we want to start a business in another country, the question arises: Where in the country am I going to start a business and establish myself? Well, in this article we will explain what are the strengths of opening a business in Spain by autonomous community, since each region has great attractions for foreign investors, so that you have in knowledge which is the region of the country that best suits your needs.

According to data from the Report on Regional Competitiveness in Spain 2020, the most competitive autonomous communities in Spain are Madrid, Navarre, the Basque Country and Catalonia.

This report is based on data from 2019, however, it also has a section on the effects of the pandemic on the competitiveness of the country’s regions. Where it is reflected that the communities that were least affected were Galicia, Murcia, Extremadura, Castilla-La Mancha, Cantabria and Andalusia. On the other hand, the Balearic Islands, Catalonia, the Canary Islands, Navarre and the Basque Country were the most affected in this respect.

Guided by this report, we will explain the benefits offered by the most competitive communities in Spain, so that you can guide you, compare and make a well-structured decision with valuable information. 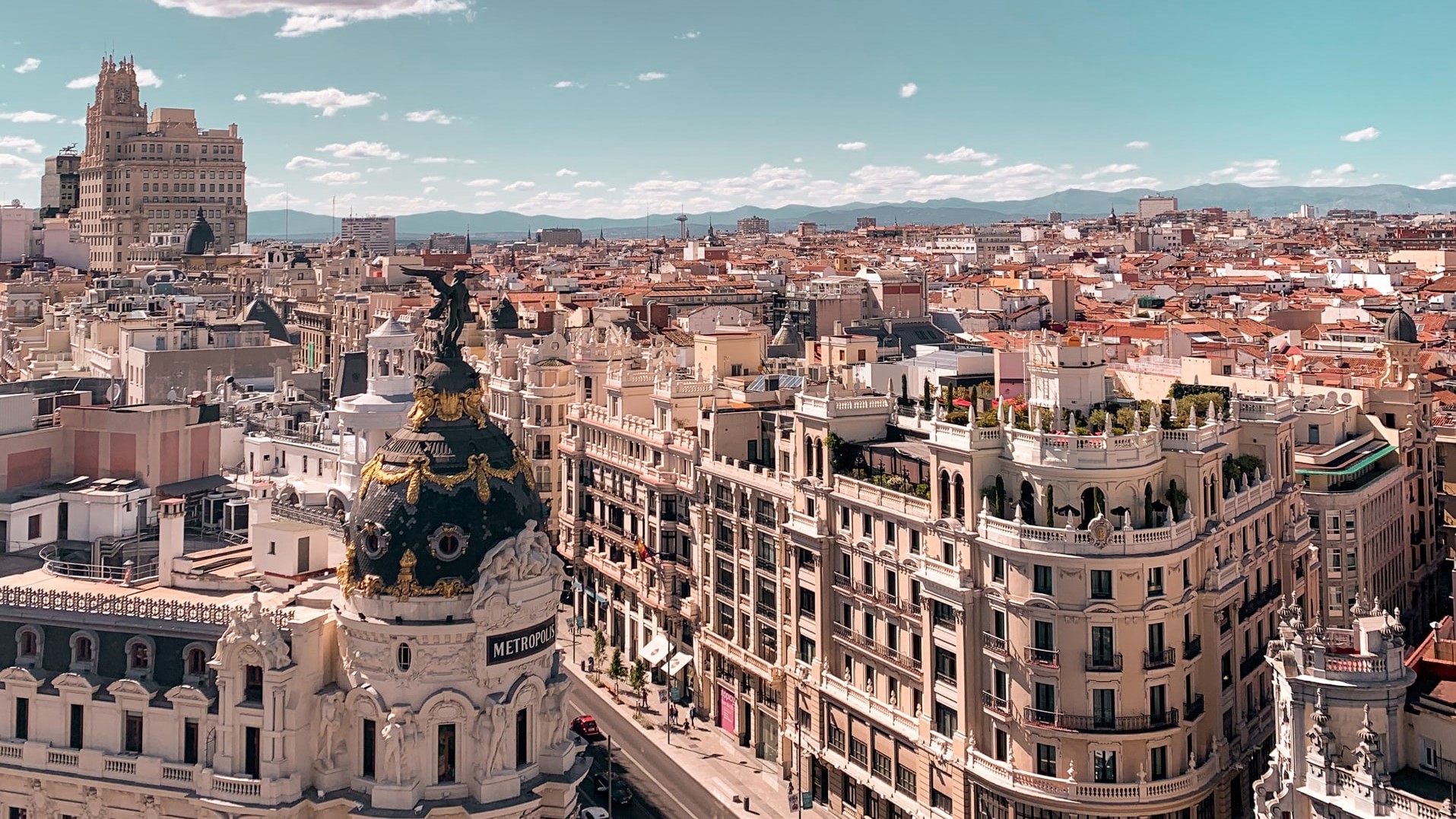 The Community of Madrid has the third position of the largest communities in Spain, with a population of approximately 6,747,425 people, will make setting up a business in Madrid a great option.

In addition to that, Madrid also counted with the GDP with the highest volume of the entire country in 2019, making it rank as the first Spanish economy, this represents approximately 20% of the entire GDP of Spain.

When we talk about Madrid, we have to keep in mind that it is one of the most important and most attractive cities not only in Spain, but in the entire European Union. Madrid has more than 500,000 operating companies, occupying the fourth place of the most used destinations by European multinationals to establish themselves.

We could not leave behind the quality of life, and is that Madrid offers a high quality of life index to its inhabitants, of which, in June 2020, the number of foreigners living in the community was 1,026,333 people, this figure is currently higher since it is constantly growing due to its great economy.

When undertaking and investing in any place, not everything is focused on business, we must also take into account the attractions and beauty that has the country and the city where we are going to get, and is that Madrid has many tourist spots. If Madrid becomes your investment destination, you will not only see the economic attraction of the community, but also its cultural, gastronomic and climatic attraction that will make your day to day life highly satisfactory.

It is undoubtedly that Madrid is an ideal place to invest, it is for this reason that important companies abroad, such as Amazon, Netflix and Electronic Arts, have established their companies in this territory.

You may also be interested in: : Coliving in Barcelona: The rise of shared housing 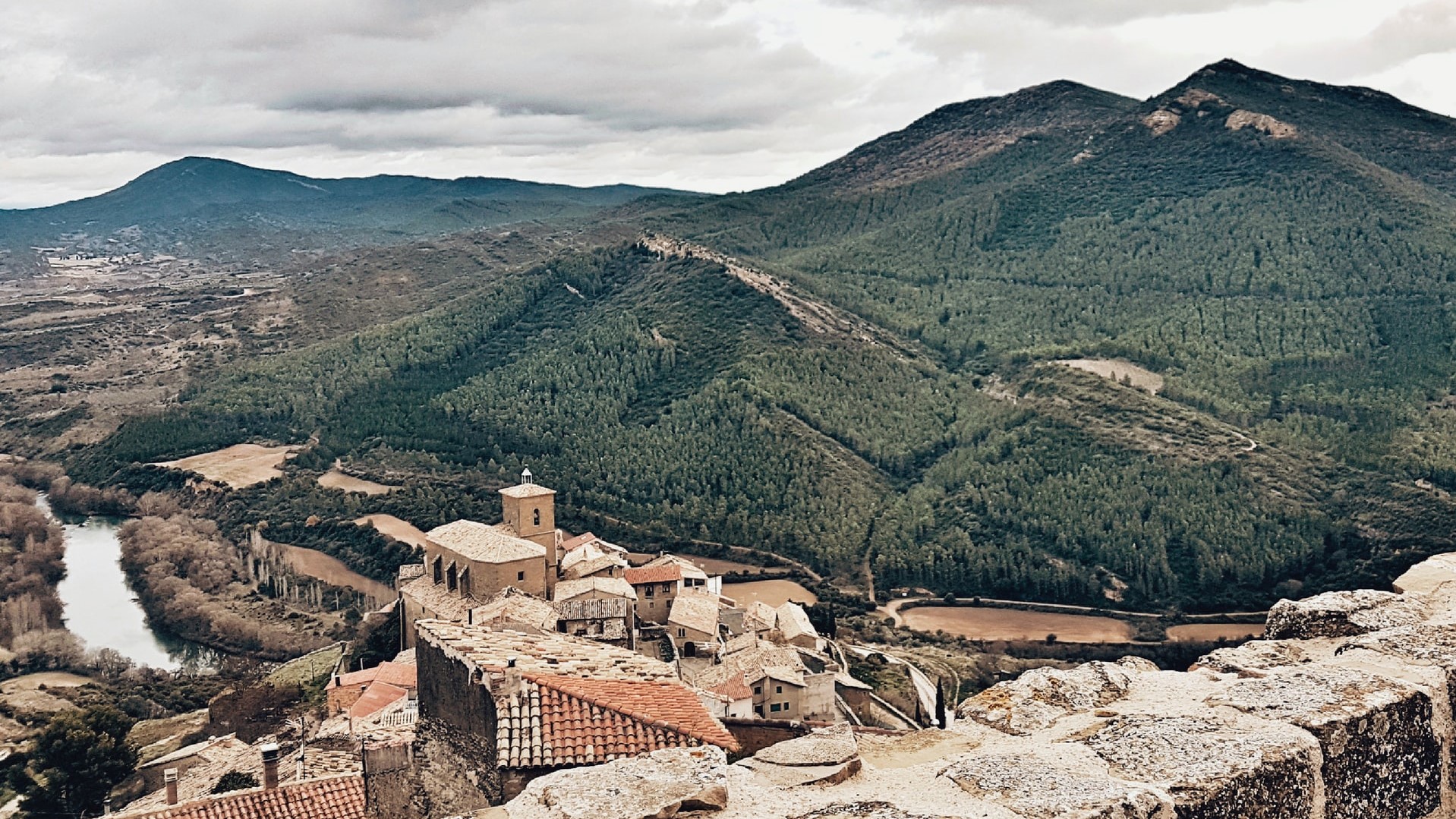 Although the population of Navarra is approximately 650,000 people, it makes you believe that the community has a very low potential market, however, Navarra has a location that favors it a lot, being in direct communication with France, and surrounded by highly competitive communities, make Navarra has one of the most competitive strategic points of the country, reaching European markets and the entire southern region of Spain obtaining a potential market of 100 million people.

The Government of Navarra offers different types of economic aids focused mainly on SMEs that will make the economic burden of your company not so heavy. In addition to this, the Community of Navarra has one of the largest investments in R&D, with numerous technology centers and structures that support these sectors.

Navarra also has 3 large universities that provide qualified training to its inhabitants, making the community highly qualified to carry out all types of economic activities.

One of the strengths of this community is the real estate sector. Navarra has the highest level of profitability when investing in housing, leaving behind all the communities, with a profitability of 6.91% according to data offered by pisos.com.

In the labor field, Navarra offers a high level of labor productivity, leaving behind the national average of France, Germany, the Netherlands, and other countries.

According to the Gini Index, Navarra ranks 28th among the regions with the highest quality of life in the world. This will make you have high levels of satisfaction being in this place, for different reasons: economy, government aid, public sectors, etc.

The Fiscal Sector of Navarra is one of its strongest and most attractive points when it comes to investing, since Navarra has its own tax level, offering aids and tax deductions that exceed the average in Spain. While in Spain the general tax rate is 25%, in Navarra for SMEs this tax rate is 23%, and if we talk about Micro-SMEs, this rate drops to 19%. In addition to all this, if you develop any R&D activity, the tax deduction will be up to 40%, almost double the average in Spain, which is 25%.

With a very attractive architecture and different events that take place in the community, Navarre has a great tourist attraction that you may enjoy during your stay in the country.

You may also be interested in: : 10 types of customers you will find in your company 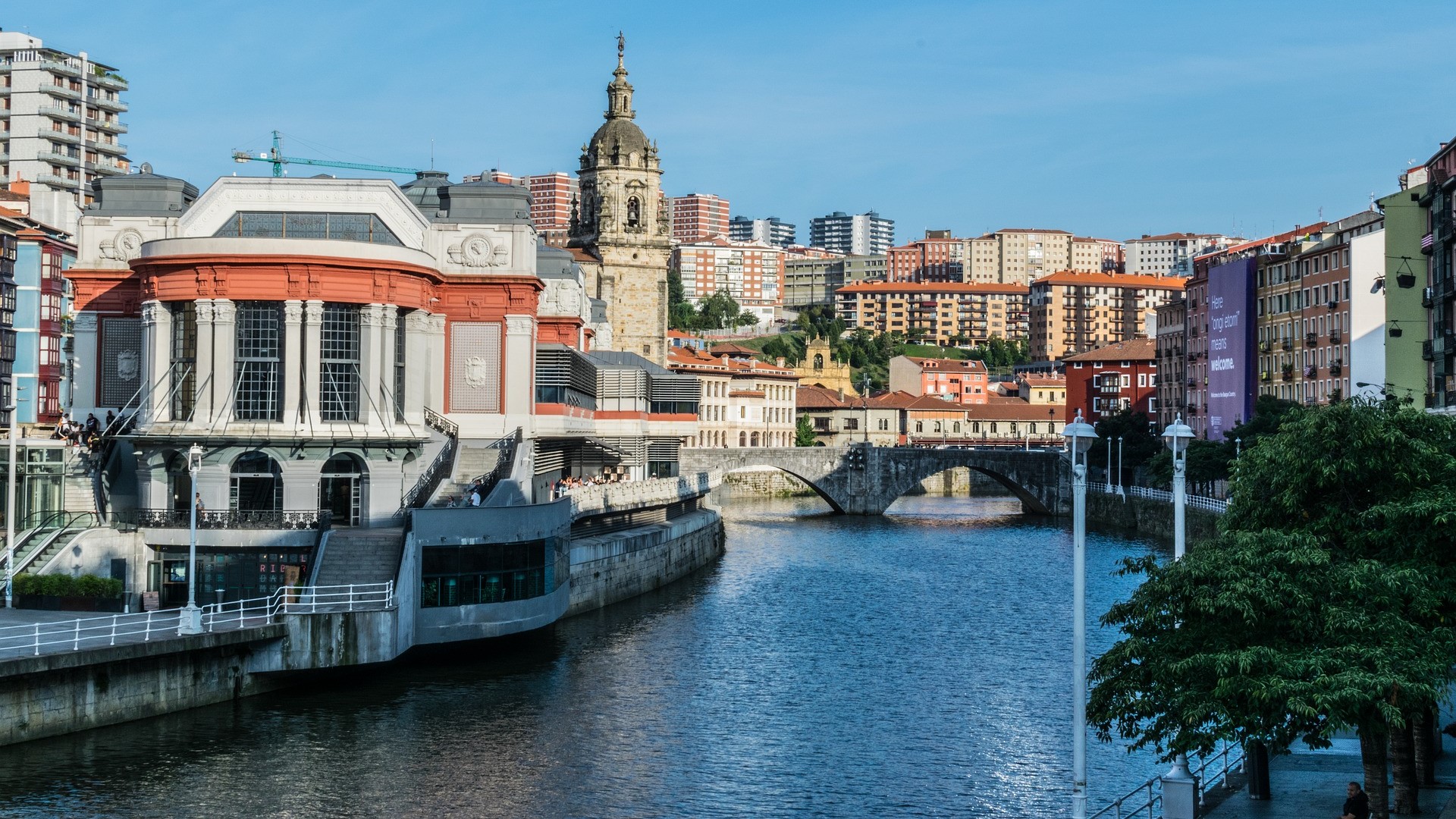 The Financial Times magazine states that the Basque Country is one of the communities that attracts the most foreign investors, and a fact that can complement this information is that in this community there are more than 1,000 companies established with foreign capital.

This community also has a number of incentives and aids that can favor your company in a great way.

Navarra is also highly qualified to develop different types of activities. In this community, almost 50% of the people between 30 and 45 years old have a higher education. This percentage is higher than the average for the European Union and Spain, with 38% and 42% respectively.

The Community of Navarra receives about 3,400,000 tourists per year, which means that it has a large volume of people passing through the country, which means a large number of potential customers.

Another of the strong points of this community is its high level of quality of life, the Basque Country has one of the highest quality of life indexes in Europe and the world, meaning that you will have many benefits when living in this territory that will make you lead your life in a very satisfactory way.

In addition, the Basque Country has its own tax system that will make your company’s tax level lower than the average in Spain.

Undoubtedly, the Basque Country has the third position among the most competitive communities in Spain with good reason. This community can offer many advantages when it comes to entrepreneurship in Spain. All these attractions are the reason why so many foreign investors decide to establish their company in the territory.

You may also be interested in: : 5 sources of financing for SMEs in Spain and Europe 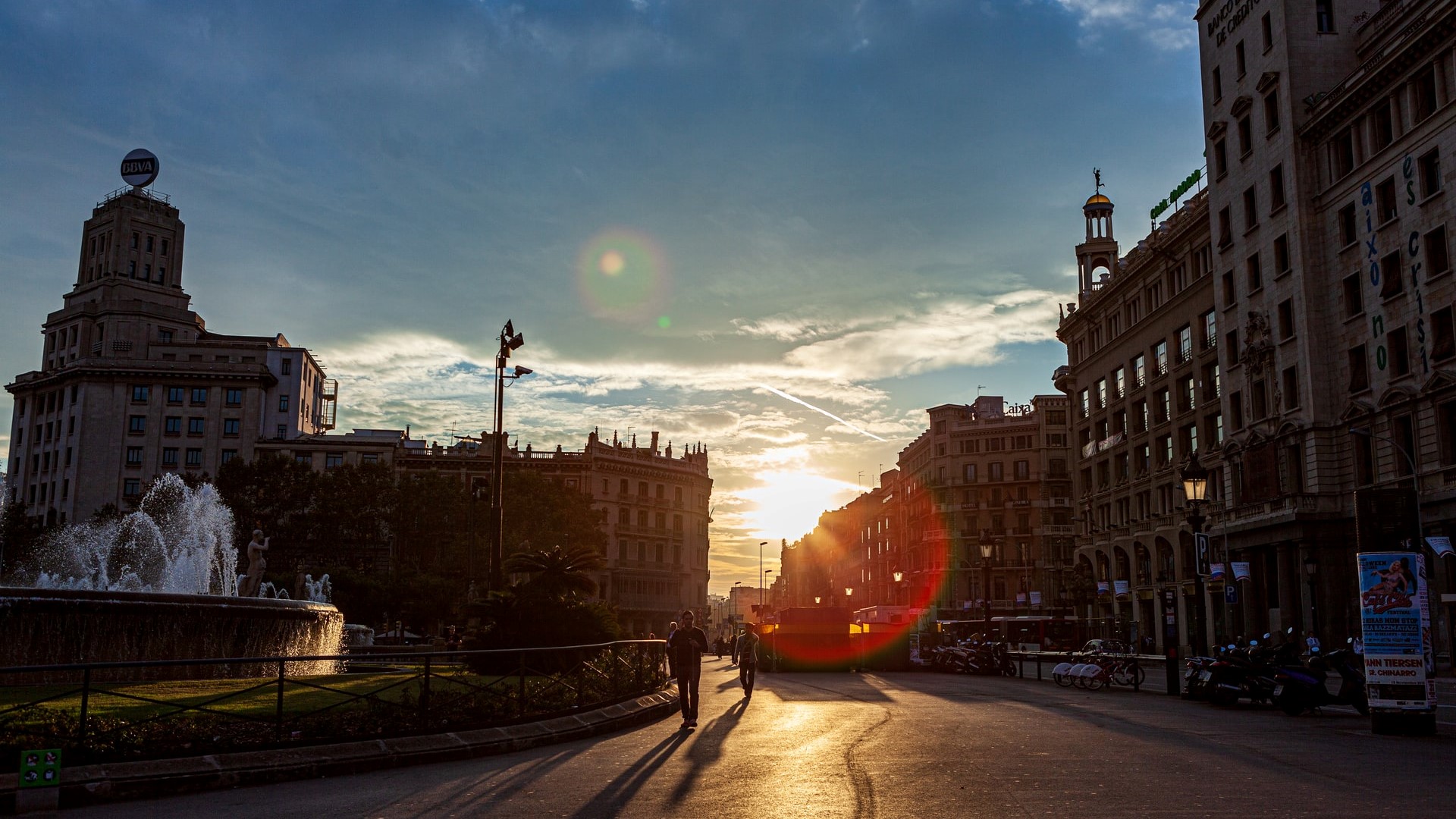 A great strength of Catalonia is that it is the second most populated community in Spain, this means that it gives the possibility to enter a large potential market, in addition to the connections with Africa and the rest of Europe, the community can count on a potential market of up to 400 million people. In addition to this, Catalonia, located in the South of Spain, has a privileged location that allows entering many potential markets and has one of the most famous cities in the world, such as Barcelona, being a high tourist attraction allows the volume of people passing through the community to be high.

With 12 high quality universities, Catalonia provides highly qualified human talent, and according to the Brussels Science/Business report, Barcelona is ranked fourth among European cities with the best scientific production.

Another great advantage that this community can have is that through a program created by the Government of Catalonia, foreign companies can have free advice on how to establish their company in the community, this means a great advantage to those companies outside the European Union that are planning their expansion to Europe, as well as large companies such as Microsoft, Nissan, HP, Amazon, among others.

Certainly, Catalonia is one of the best options when you want to start a business or take your company to Europe.

You may also be interested in: : Scrum: Meet the framework that will improve your company’s productivity

It is very clear why these four communities are the most competitive in Spain, having high rates of quality of life, foreign investment, labor productivity, tourism sectors and other components, these communities make the attractiveness of investing in them is high. In TAS Consultancy we are a consultancy of experts who are at your disposal if you want to establish, start a business or move your company to Spain, contact us for a highly qualified advice!