Why may the global crisis be a great opportunity to set up a company ? 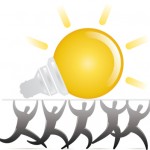 It is a fact, the word crisis uses to bring essentially pejorative ideas to our mind. But, we must instead consider the current crisis as a real opportunity for new-born entrepreneurs.

Lets list some of the main advantages of undertaking in Spain during the recession period.