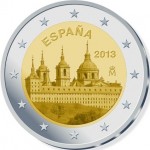 The most ambitious businessmen have already thought: where can I invest in 2013?

To create a business abroad you think in Switzerland or in Luxembourg because of a competitive taxation system and low taxes. Why not invest in Spain? According to analysts of the U.S. investment bank Morgan Stanley, Spain will be “one of the potential surprises of 2013″.

Morgan Stanley’s report for the year 2013

Spain and Switzerland appear as the two most attractive destinations for investment in Europe, according to the ranking drawn up by Morgan Stanley analysts. “The good classification of Spain mainly reflects its high score in terms of technical level and revenue and profitability,” point out the authors of the list. The U.S. bank highlights the progress of the Spanish economy, which obtains the second highest rating among the 16 countries surveyed. Other countries such as France or Italy have, meanwhile, fell by 12 to 16 places in the ranking.

What are the factors that constitute Spain attractiveness?

Moreover, taxation system in Spain is one of the most beneficial in Europe and acts as Eldorado for companies instead of countries like France and Belgium where heavy taxes penalize businessmen. The Spanish taxation system is now attracting more and more foreign companies.

The probability of a future request for assistance to the European Union will decrease the risk premium.

Other multinational banking and financial services companies such as HSBC and Barclays are also optimistic about the situation in Spain and are confident for 2013. As Morgan Stanley, they recommend investing in Spain.