Becoming resident for tax purposes in Spain? How and why? 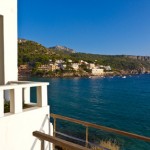 Who can be resident for tax purposes in Spain?

What are the advantages of becoming tax resident in Spain?

A Spanish resident pays the income tax (called IRPF, Impuesto sobre la Renta de las Personas Físicas) as well as the employer’s contributions in Spain. While Spain is one of the most developed European countries, it offers an advantageous taxation system.

Indeed, a Spanish tax resident and business manager must pay employer’s contributions: In Spain, they are fixed – 254 euros per month – and do not depend on the salary. The Spanish taxation system points out to be a real asset when starting up a business.

If you have any inquiry, feel free to contact us! Our qualified experts will answer to your questions and help your starting your business in Spain in the best conditions possible.