Starting up a company in Spain: understanding Spanish key words 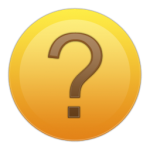 When starting up a business in Spain, you will be confronted to several specific Spanish words. This article will enlighten you about those, giving you a definition and the French equivalent.

The NIE is the identification number attributed to every foreigner living in Spain. Recent Spanish legislation makes it compulsory for anyone selling or buying property, opening a bank account or creating a company in Spain to have a NIE. Everyone can get this NIE, whether European or not. It is composed of 8 or 9 characters and starts with an “X” or a “Y”.

This is the identification number of Spanish citizens. The “documento nacional de identidad” (DNI) or “carné de identidad” is Spanish national identity card.

NIF stands for “Numero de Identificacion Fiscal”. It is what in the UK would be the National Insurance number for an individual. You can get them by registering at the municipal police stations where you are in reality getting permission to work. The NIF of Spanish people is composed of the ID number + letter. For foreigners, it is the same as the NIE.

It refers to the identity of the company tax or legal entity in Spain. It is constituted by a letter followed by 8 numbers. The letter refers to the type of company. The most common is the A for Corporation and the B for Limited Company (LtC).

It is the equivalent of the LLC (Limited Liability Company).

This is the equivalent of VAT. The IVA of a company  in Spain consists of the letters “ES” for Spain + CIF number. This VAT number is used for all transactions within Europe. There are 3 different rates in Spain: the standard rate of 21%, reduced rate of 10% and super-reduced rate of 4%.

This is the Spanish agency responsible for managing the tax system and also customs.

This is a tax charging the economic activities of a company. This only affects companies with a turnover of over 1 million euros.