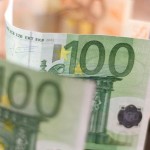 A new reform, based on the Royal Decree – Law 3/2014, published on March 1st, came into force in order to stimulate economic growth and help create stable jobs to reduce unemployment in Spain.

The Spanish government announced a reduction of 100 euros a month in social contributions for the first two years for companies that recruit new employees regardless of their age on permanent contracts.

• Contracts that can benefit from this rate:

All businesses, regardless of their size, can benefit from this flat rate for a period of 24 months (calculated from the effective date of the contract), regardless of whether it is a full-time job or a part-time job, for permanent contracts formalized in written and executed between February 25, 2014 and December 31, 2014.

• The amount of the contribution:

If it is a full time contract, the social security contributions for common contingencies are reduced to € 100 for 24 months.

If it is a part time contract, the social security contributions for common contingencies are reduced to:

• Additional discount for companies with fewer than 10 employees:

Once completion of the 24-month period and for the following 12 months, all companies with at least 10 workers under a permanent contract will be entitled to an additional reduction of 50% to their contributions for non occupational contingencies.

• To receive these reductions: