New labor reforms : Why it’s the right moment to invest in Spain! 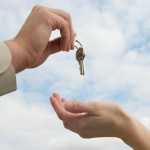 On December 22, 2013 new measures were taken by the Spanish government. This reform reinforces the benefits of Spanish taxation and strongly encourages entrepreneurship in Spain.

Although Spain is on its way out of the crisis, the opportunities that it has generated are still very much relevant. Indeed, if economic crises bring their share of difficulties, they are also full of opportunities for entrepreneurs.

Firstly, with unemployment rising to 26%, good quality and cheap workforce is available for companies that are hiring people. Also the real estate crisis helped generate a big number of empty commercial premises at an affordable price. It is also important to know that the corporate tax is 15% and labor costs are lower in Spain. Not to mention that the minimum wage is € 645.30 a month, the lowest in Europe.

Regarding entrepreneurship, year 2013 ended with over 93,363 new businesses in Spain, the first signs of a recovery, with an increase of 7.1% compared to 2012; its biggest rise since the beginning of the economic crisis.

In 2013, in order to accelerate business start-ups, the Spanish government also approved a law for entrepreneurs to limit the impact on the personal assets of the company in case of business failure. New measures have also been put forward to promote entrepreneurship and to overcome credit problems. Labor reforms as well as tax reforms encourage labor flexibility and entrepreneurship.

Reductions are based on contributions to Social Security applicable to self-employed entrepreneurs. A reduction on common contingencies contributions are correspondent to 50% of the contribution.

Social security bonuses are allocated in case of extended period of employment of workers on permanent contracts in 2014 in the areas of tourism, trade and hospitality. Also, the possibility is offered to companies to finance training.

For companies that are not from the public sector, involved in tourism, trade and hospitality, that generate production in March and November each year and hire or keep hold of employees on permanent contracts during these months may apply a bonus of 50% of contributions to social security for common risks and the joint collection of unemployment, Wage Guarantee Fund and training of these workers.

With effect from January, 1st 2014, one of the most important innovation introduced by the Law on the State Budget for 2014 is the withdrawal of the Wage Guarantee Fund (art. 33.8 of the Statute of Workers) upon termination of permanent contracts in firms with less than 25 workers for collective dismissal, for objective reasons or for reasons set out in article 64 of the Insolvency Law. The Wage Guarantee Fund of “eight days of wages” per year of service of the total compensation is removed, unless the dismissal was declared inadmissible.

Another effect of the labor reform that is revealing is the reduction of the compensation paid by companies for redundancies. However, the information provided relates only to collective redundancies, 24% of the total. In this case, the average salary is reduced to 26 days per year worked.