The 10 best cities to live in Spain 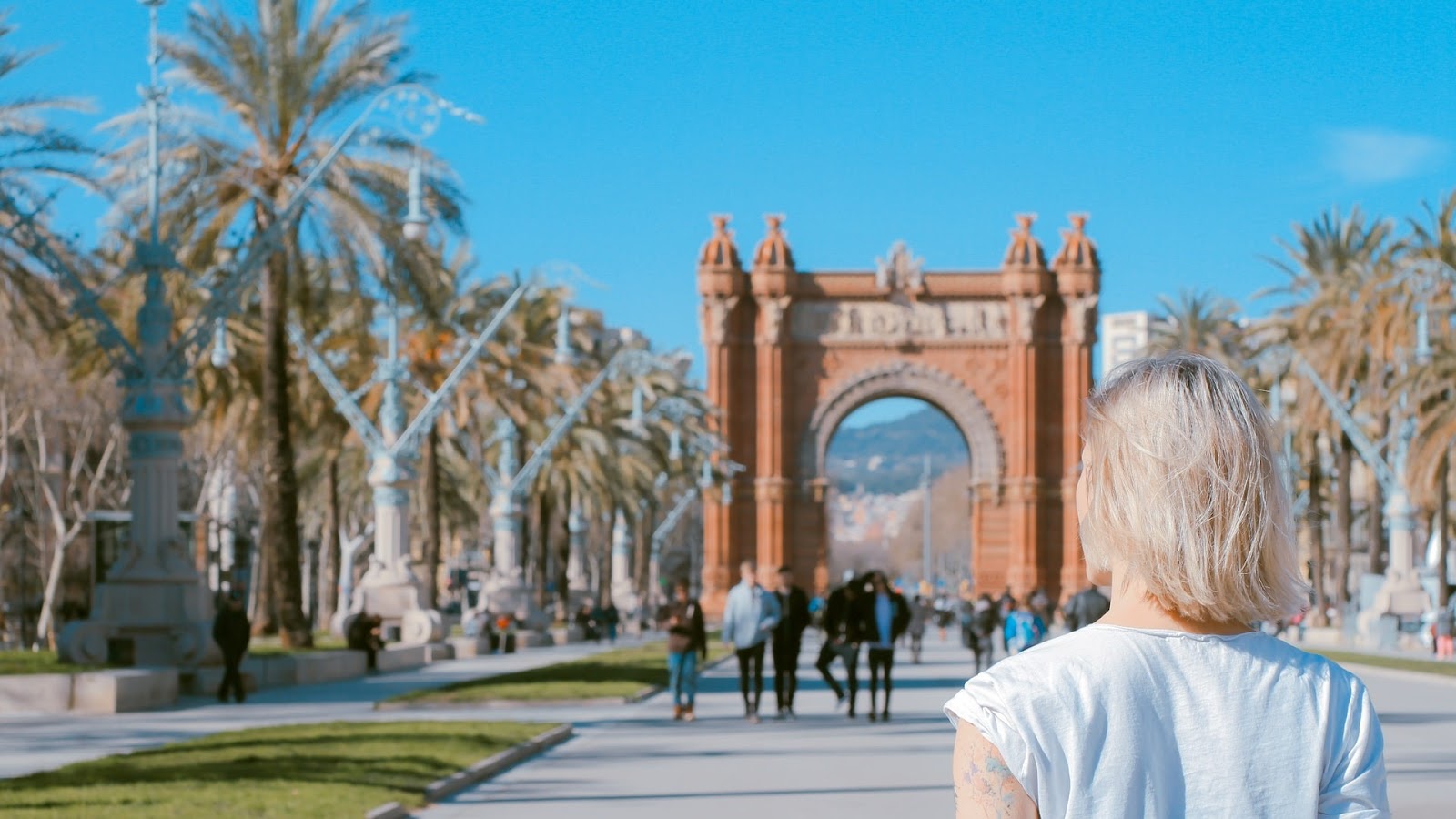 Spain is the second country in Europe preferred by tourists, is the eighth country in the world preferred by multinationals and is among the countries with the highest human development index in the world, according to the 2020 list of the United Nations. Are you thinking of moving? Then you are wondering, what are the best cities to live in Spain? We tell you.

Before we tell you the 10 cities, we must clarify that any city and town in Spain can be among the best. Deciding which is better or worse will depend on the desires and needs of each person or family. Among the cities in Spain, there are options for those who prefer big or small cities, cities closer to the capital, cities closer to other countries, cities with beaches or mountains, cities on islands or even villages.

Now, these are the 10 best places in Spain that we recommend you to live:

Alicante, a paradise in the Mediterranean. 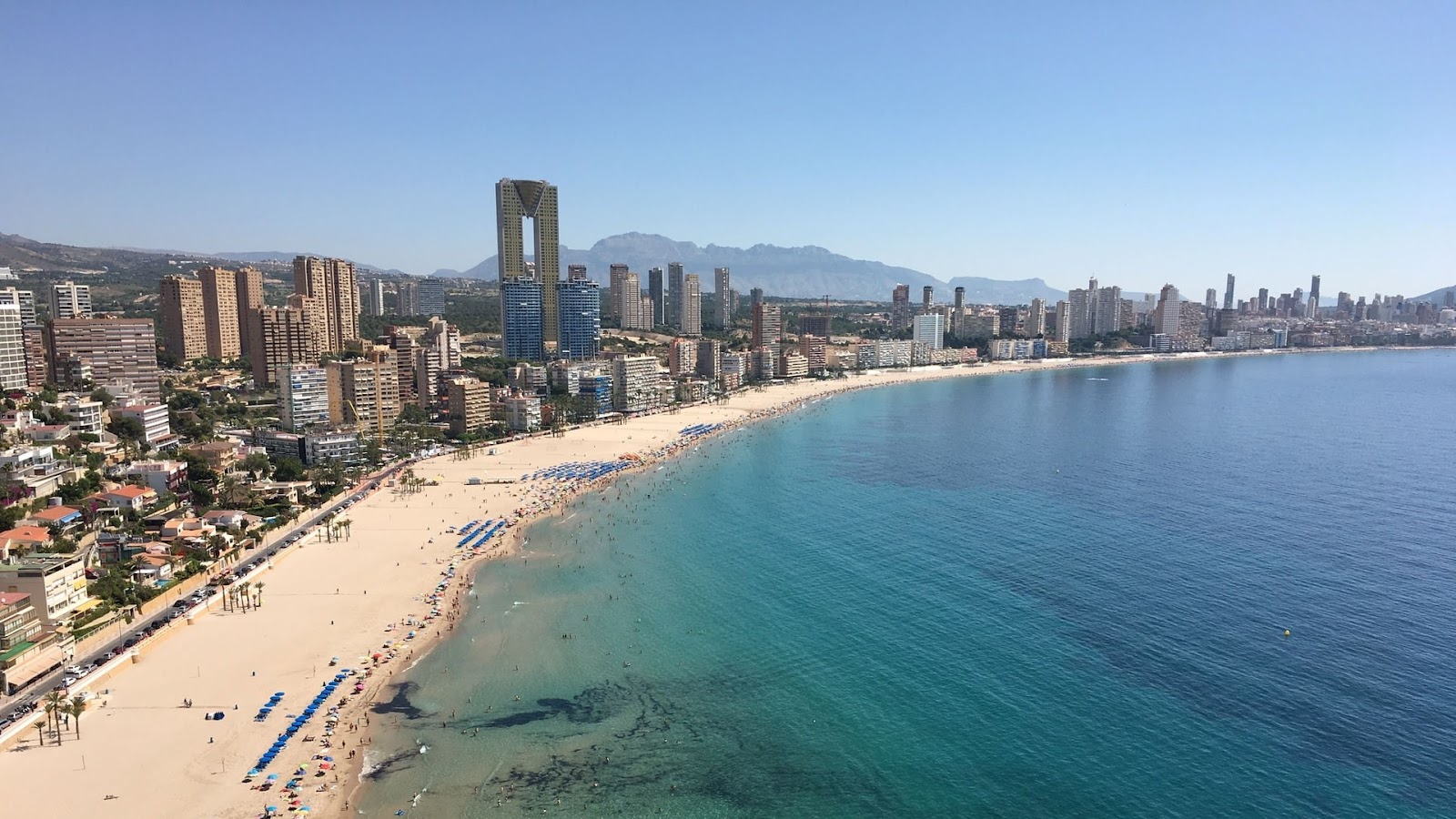 Alicante is on the Costa Blanca, a Mediterranean coast located in the Valencian Community in southeastern Spain. It offers beaches of turquoise waters and white sands, streets and boulevards adorned with palm trees and a radiant sun almost all year round at low prices. It is among the cheapest cities in Spain and in the province of Alicante alone, 13.4% of the total population is foreign.

If you are running away from extreme climates and you like a relaxed lifestyle, where you don’t have to live with so many tourists, Alicante could be the city for you. A plus is that Alicante is two hours by plane from the major European capitals and just over two hours by train from Madrid.

Barcelona, a mixture of history and art. 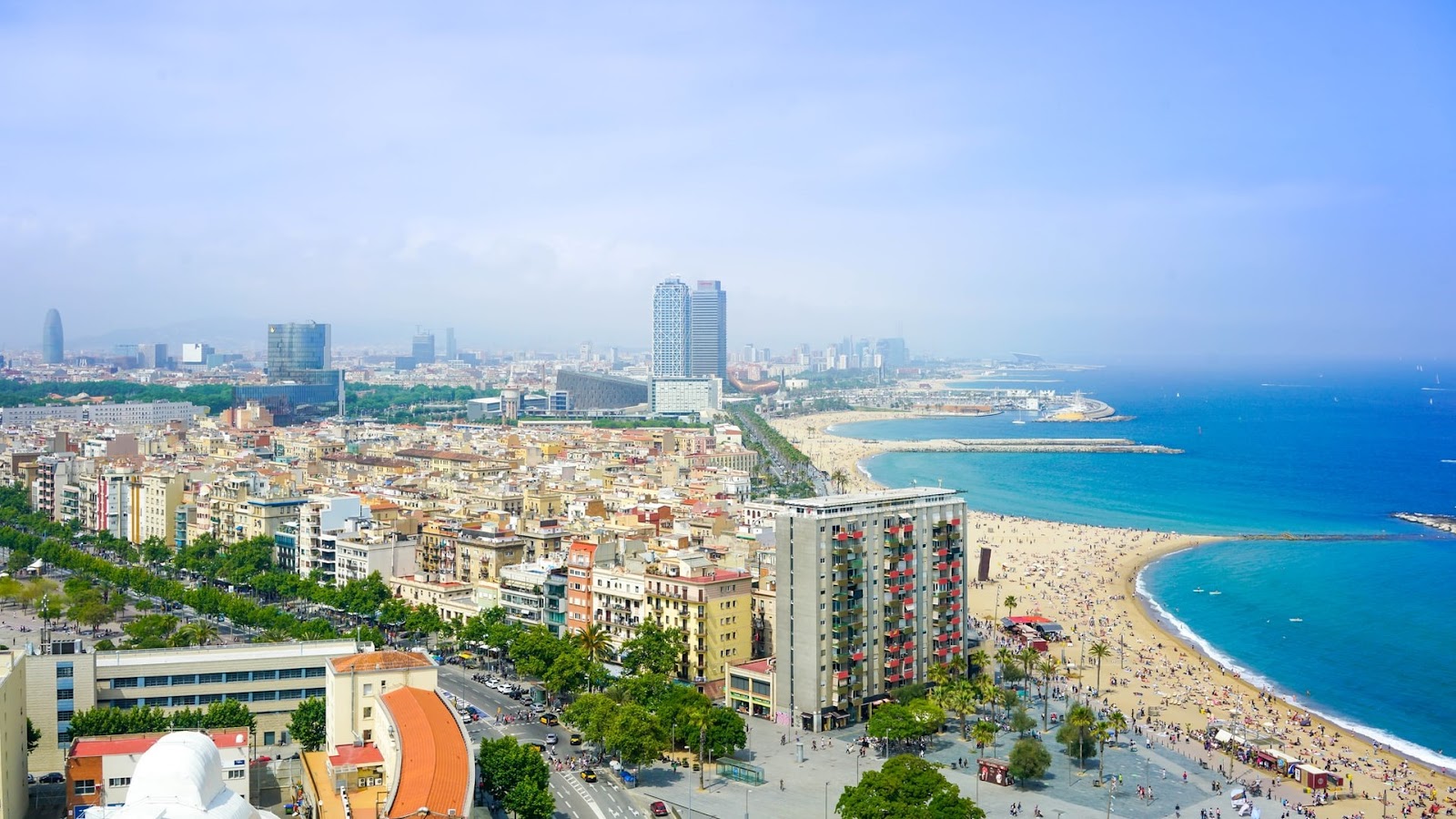 Who has not heard of Barcelona and the Basilica of the Sagrada Familia? Barcelona is the capital of the Autonomous Community of Catalonia, located on the Mediterranean coast in northeastern Spain. It is one of the most populated and touristic cities in Spain and the European Union, with a 17.8% foreign population.

Barcelona’s language, Catalan, and celebrations such as La Merced and Sant Jordi, along with historical and artistic sites such as Park Güell, La Pedrera, Paseo de Gracia and Camp Nou, among many others, attract and enchant all who visit. It is not one of the cheapest cities to live in, but it is a city that is worth every euro.

Granada, a city of emblematic monuments 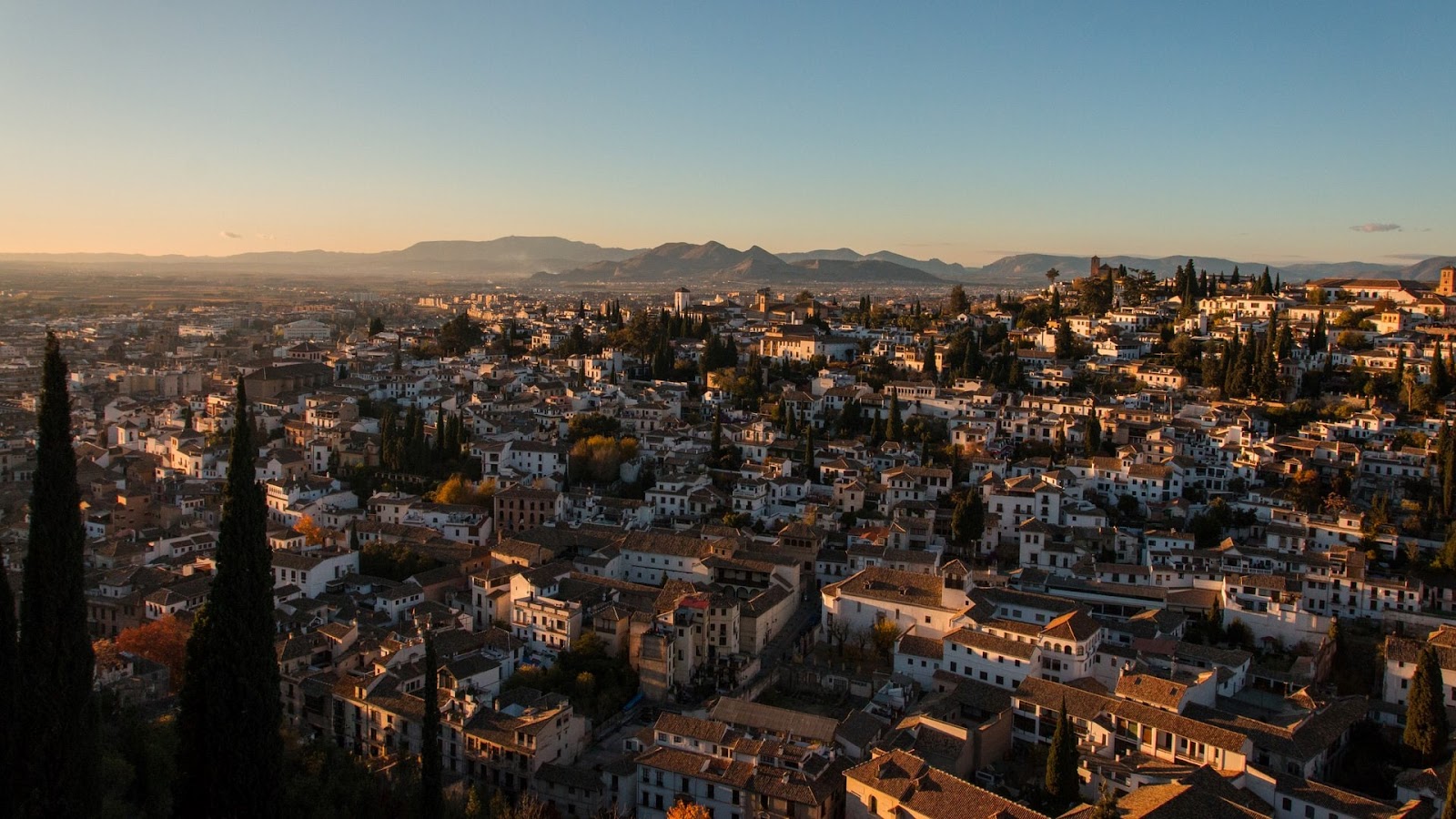 Granada is in the Autonomous Community of Andalusia, located at an altitude of 680 m. a. s. n. m. and in the south of Spain. Its proximity to the Sierra Nevada makes its climate conditioned and makes it a tourist destination for skiing. Also, the University of Granada is a preferred destination for students in the Erasmus Program. Despite this, Granada has only a 6.36% foreign population.

It is known for its emblematic monuments, such as the Cathedral, the Royal Chapel, the Albaicín, Sacromonte, Cartuja and above all the Alhambra and the Generalife. The Alhambra is a Nasrid palace city declared a World Heritage Site by Unesco, as the Nasrid dynasty was the last Muslim dynasty before the takeover by the Catholic Monarchs. It is another of the cheapest cities in Spain. 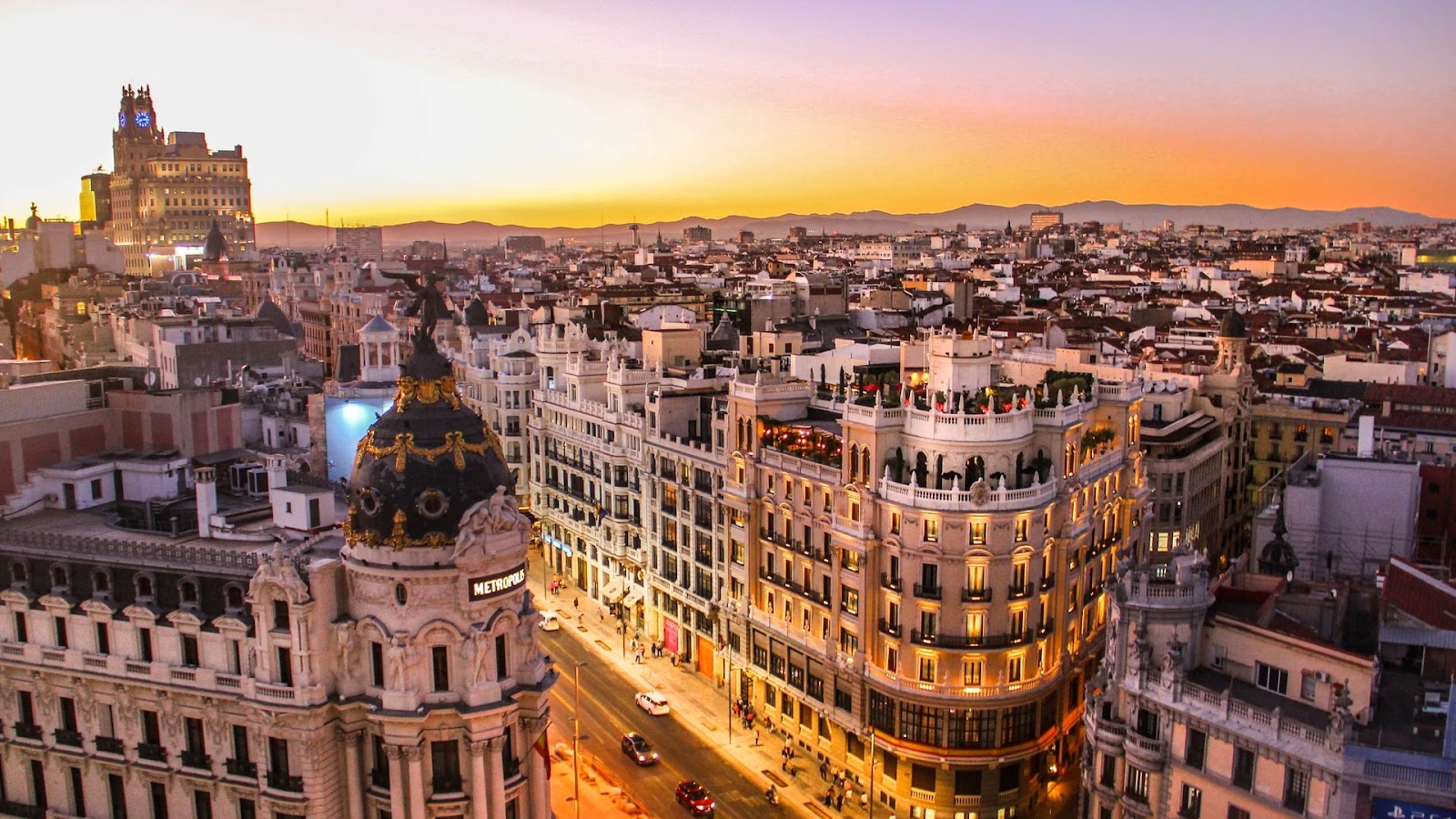 Madrid is located in the center of Spain and holds titles as the largest, most populous and most touristic city. It is the fourth richest city in Europe and is where the Government, the Ministries, the Monarchy, the General Courts and the Supreme Court are located. It has a 15% foreign population and considering the total population, it is the highest percentage in the country.

Madrid is expensive compared to other cities in Spain, but cheap compared to other major European capitals. It is well connected with the interior of the country and the rest of the European Union, so it is recommended for those who need to travel frequently. The Retiro Park, Gran Vía, Puerta del Sol, the Royal Palace, the Temple of Debod, the Prado Museum, the Statue of the Bear and the Strawberry Tree and neighborhoods such as La Latina and Malasaña, are some of the attractions that make it unique.

Malaga, the home of Pablo Picasso. 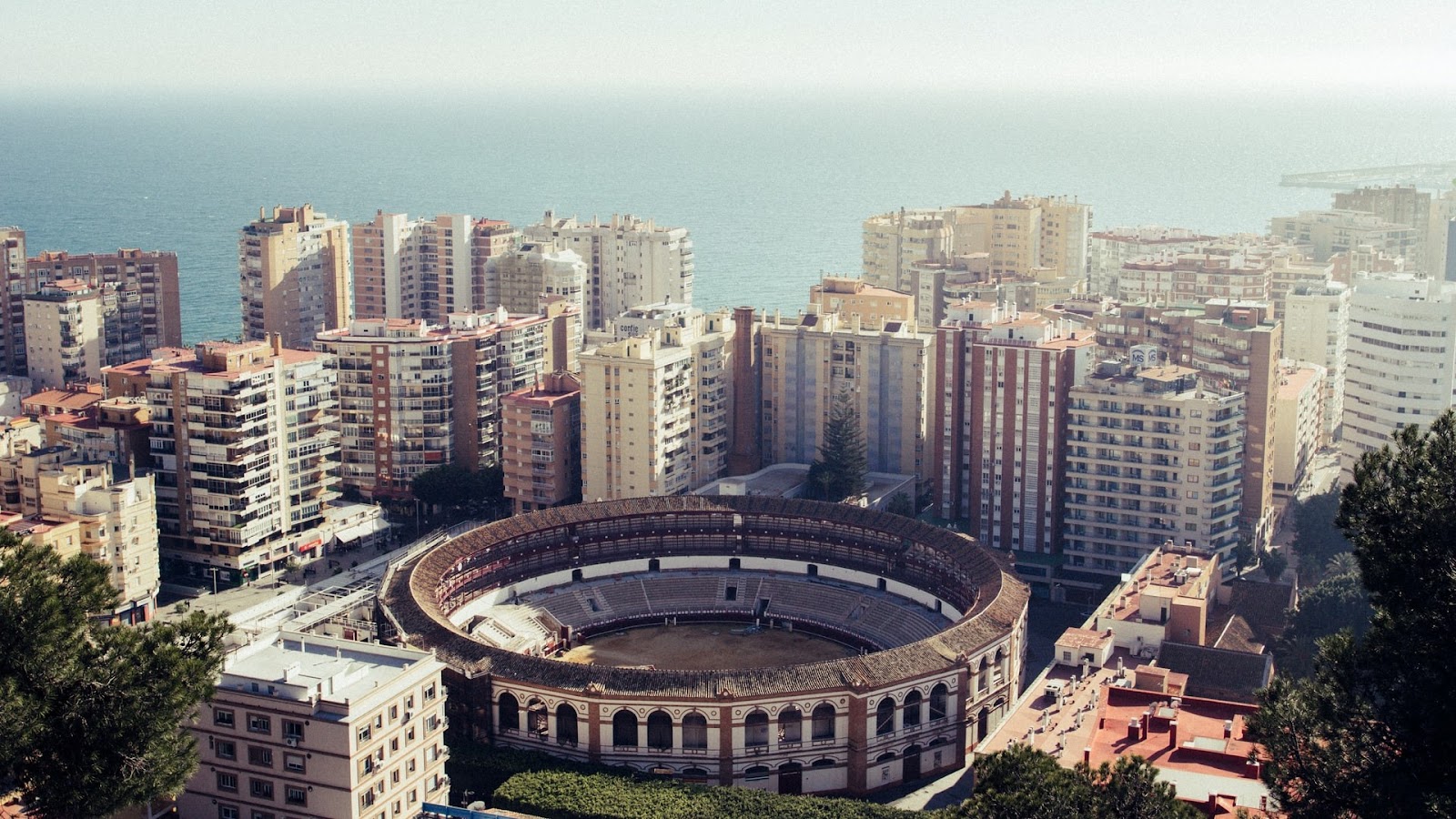 Malaga is on the Costa del Sol, located in the Autonomous Community of Andalusia in southern Spain. It is the largest and most populated coastal city in the south, so it is also touristy and has a 14% foreign population. The most attractive thing about Malaga is its lifestyle, which highlights the warmth of the Mediterranean, the beaches, the tapas, the summer reds and the nightlife.

Although we know that it may seem like a city for young people or for those who are just looking for a vacation, Malaga is also a destination for families and was the childhood home of the famous painter Pablo Picasso. There are areas of the city that are more traditional and quiet, offering residences and schools. And if you think that because of all this, Malaga is synonymous with expensive, you are wrong because it is among the cheapest cities in Spain.

You might be interested in: What is a holding company and what are its benefits in Spain?

Mérida, the ancient Rome in Spain. 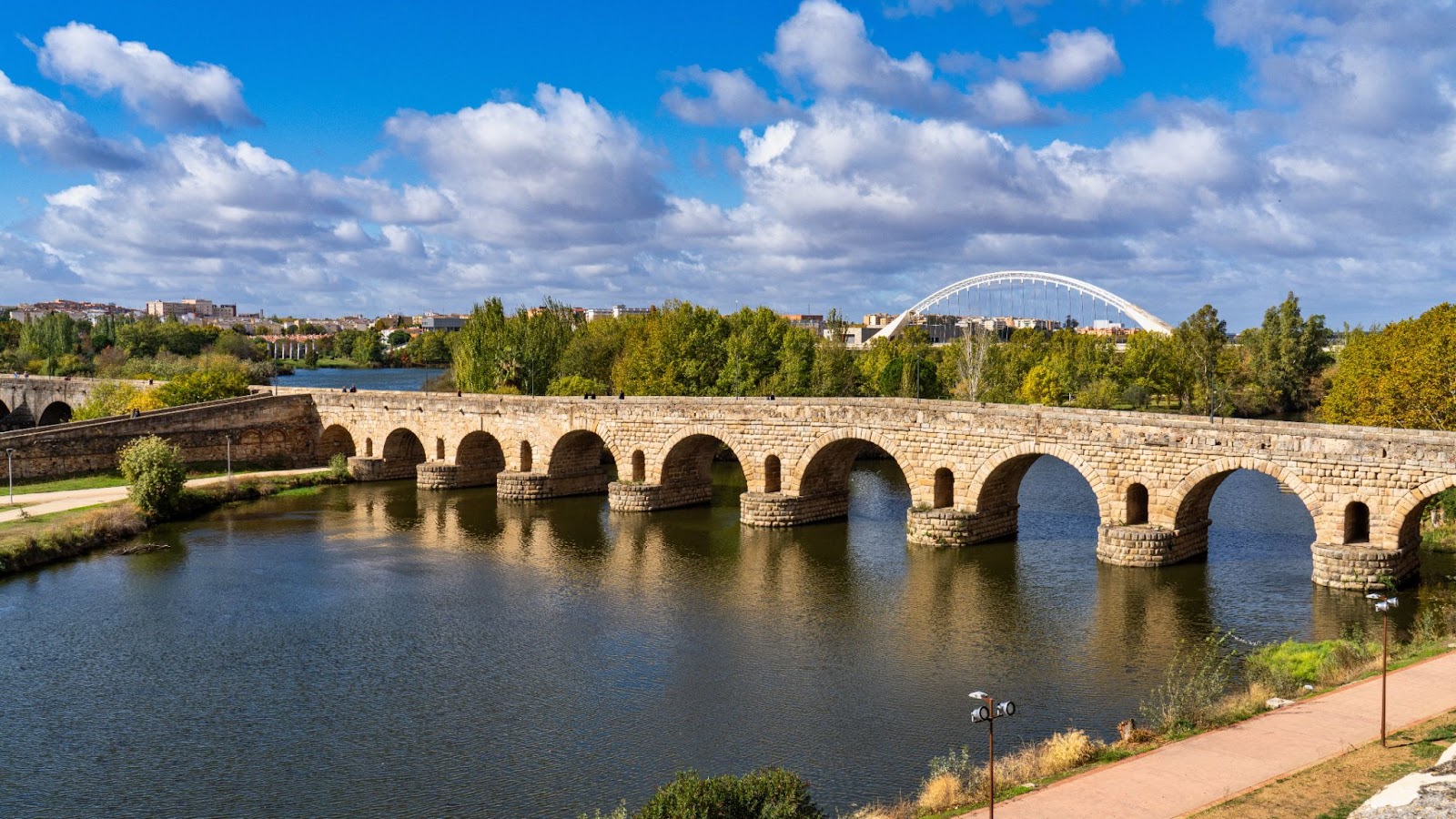 Merida is located in the Autonomous Community of Extremadura in southwestern Spain. This community stands out for having only 2.93% of foreign population, the lowest percentage compared to a national average of 9.82% per community. It is said that Mérida was founded as a Roman colony by order of Emperor Caesar Augustus for his veteran soldiers, the emeritus, hence the name.

It is the ancient Rome in Spain because with its Roman Theater, National Museum of Roman Art, Amphitheater, Aqueduct and other archaeological remains, it is impossible not to feel like you are walking through the past in its streets. Even having a drink in a restaurant or bar, the views make you travel back in time. If you like history and have no problem with isolation (Merida has no airports and the closest one is Madrid), you might like it.

Murcia, the Orchard of Europe. 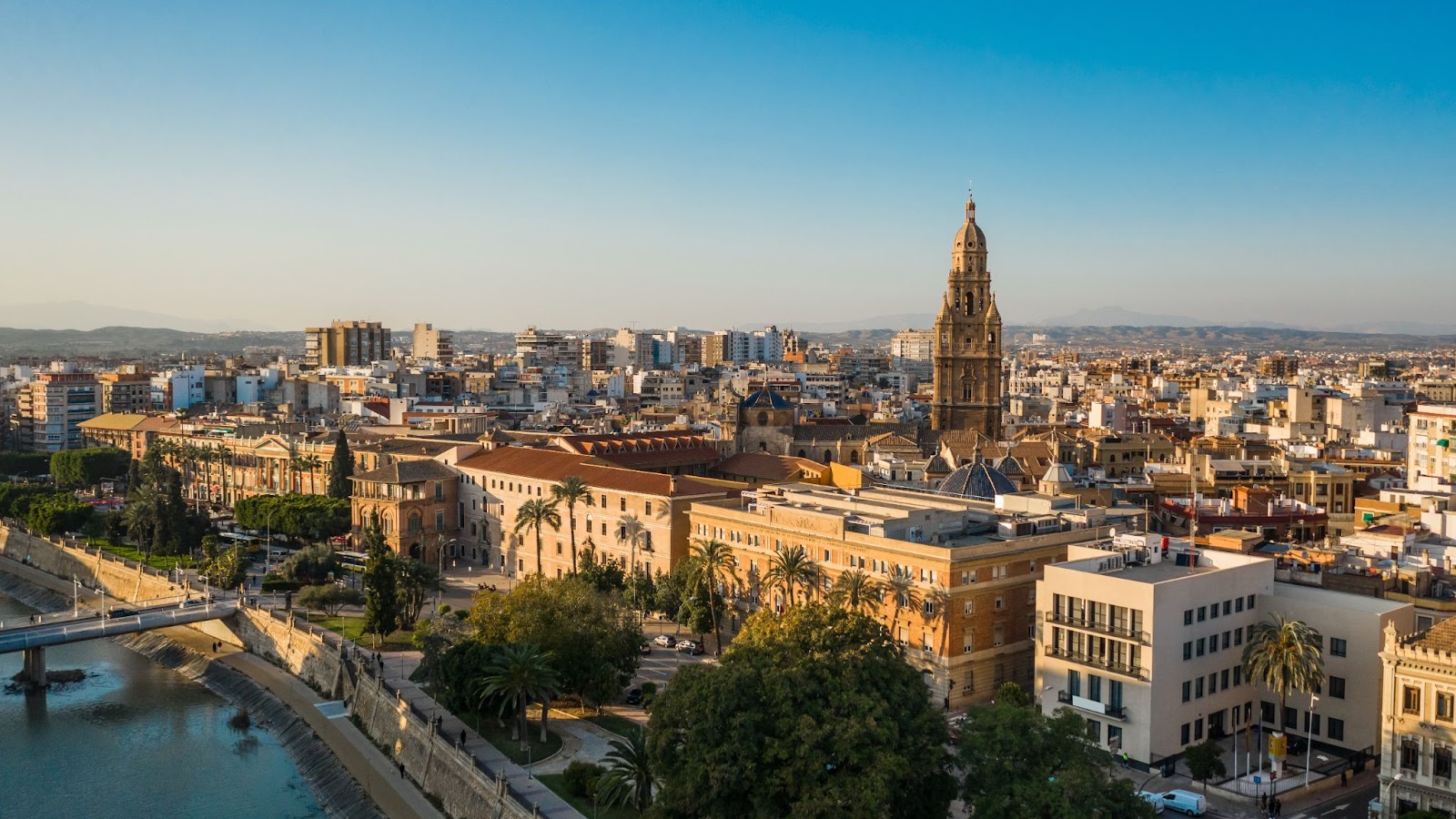 Murcia is a university city, capital of the region also called Murcia and is located in southeastern Spain. In addition to a public and a private university, it has a music conservatory, a school of dramatic arts and a dance school. Being one of the cheapest cities in Spain, it is not surprising that 14.1% of the population is foreign.

It is a picturesque and vibrant city where the old and the new meet, where students and families seeking a calm and stress-free life make their home. There are endless activities to enjoy in the city or in the suburbs and you will never tire of the freshness, as it is called the Orchard of Europe for its potential in the agri-food industry.

Seville, the cradle of flamenco. 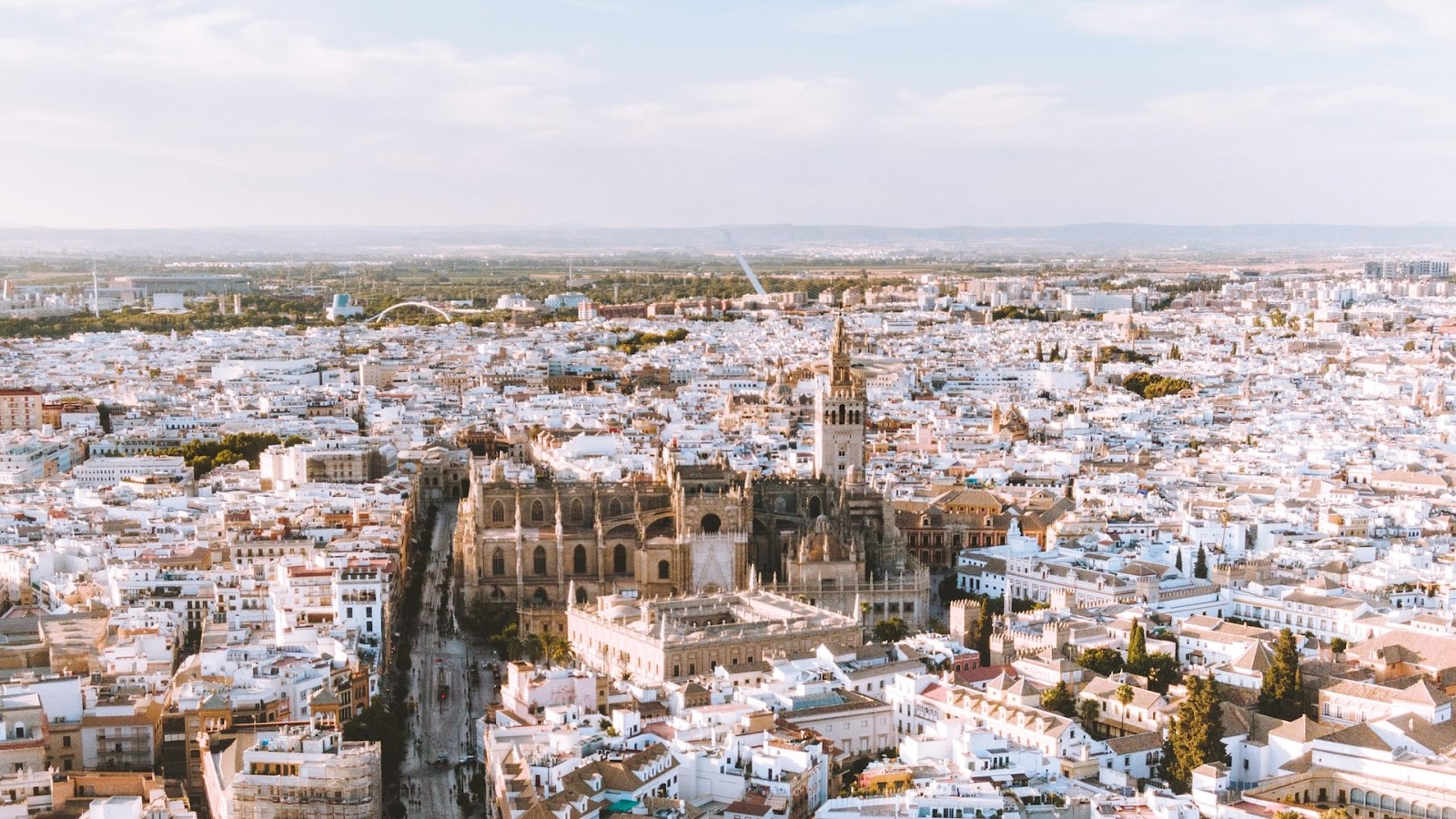 Seville is the most populated city in the Autonomous Community of Andalusia and its old town is the largest in Spain and the sixth largest in Europe, only surpassed by Italian cities. It is located in the southwest, close to the beach and the mountains, other cities and even the border with Portugal. It should be noted that only 4% of the population is foreign.

It is a city that does not refuse to be ecological, with roads for pedestrians and cyclists (you can explore it without cars) and that does not refuse culture either, with flamenco performances, music festivals and gastronomic markets throughout the year. Education is no slouch as there are German, American and English schools. Residence costs vary depending on how close or how far you are from the center, but with some help you can find a home in Seville. 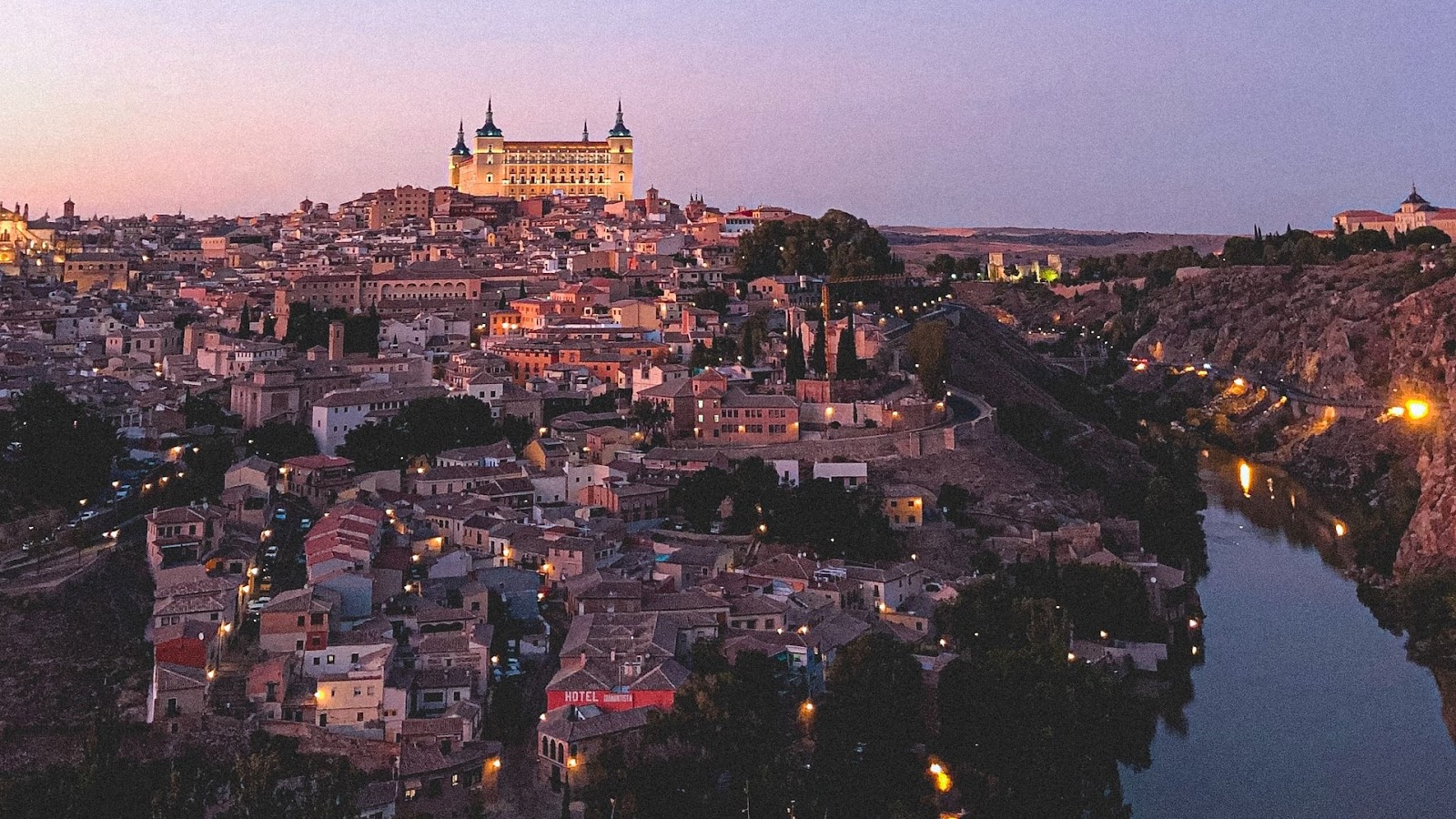 Looking for inspiration for your next bestseller? Consider Toledo, a setting that Miguel de Cervantes himself used for two of his Exemplary Novels. Toledo is in the autonomous community of Castilla-La Mancha, located in the center of Spain. Let’s say you like Madrid, but you don’t like living in such a big and crowded city, this is the city for you!

You can get furnished or unfurnished apartments, enjoy the weather and the gastronomy and live a quiet life, but also travel from time to time and get to know more of Spain. Inside Toledo, if you are a connoisseur of architecture, you will find what to see every time you go out.

Valencia, the city of Paella. 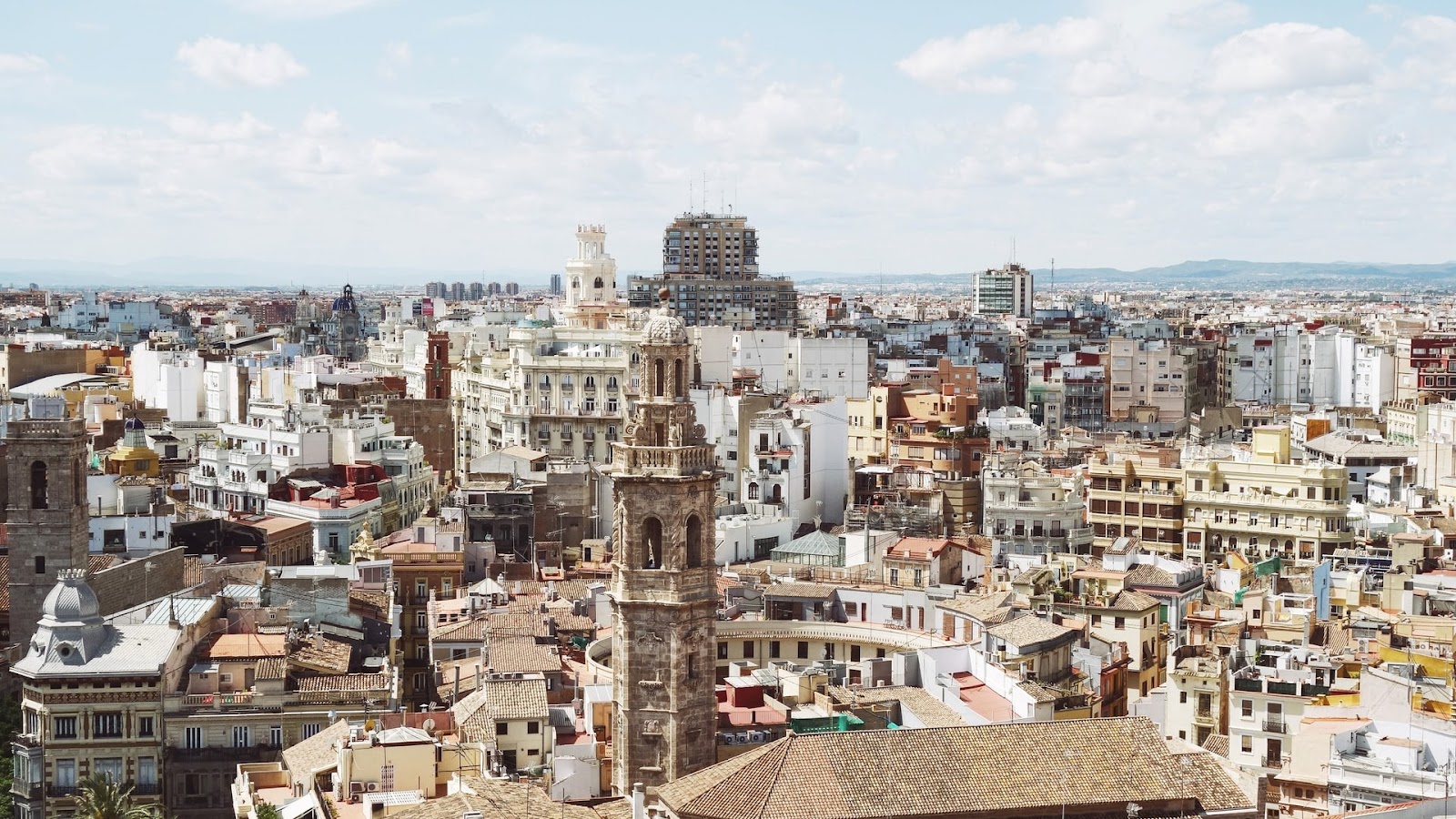 The unique and unrepeatable Valencian paella is waiting for you. Imagine enjoying dishes like this in your daily life, either because you go to eat them in a restaurant or because you buy the ingredients to make them at home. Everything is possible if you choose Valencia, a city in the Valencian Community, located on the southeast coast of Spain and with a 14.16% foreign population.

In addition to gastronomy, Valencia is attractive for its infrastructure, institutions, culture, events and nightlife. It suits what single adults, couples or families with short or long term stay plans are looking for. Valencia has at least one of the qualities of each of the cities mentioned above and if you definitely can’t decide between Madrid and Barcelona, Valencia offers almost the same, at lower prices.

Are you planning to move to any of these cities? If so, remember that in TAS Consulting we offer you all the necessary services to settle in Spain and start off on the right foot, do not hesitate to contact us!